Mariusz Giżyński: I will lead you to your personal best 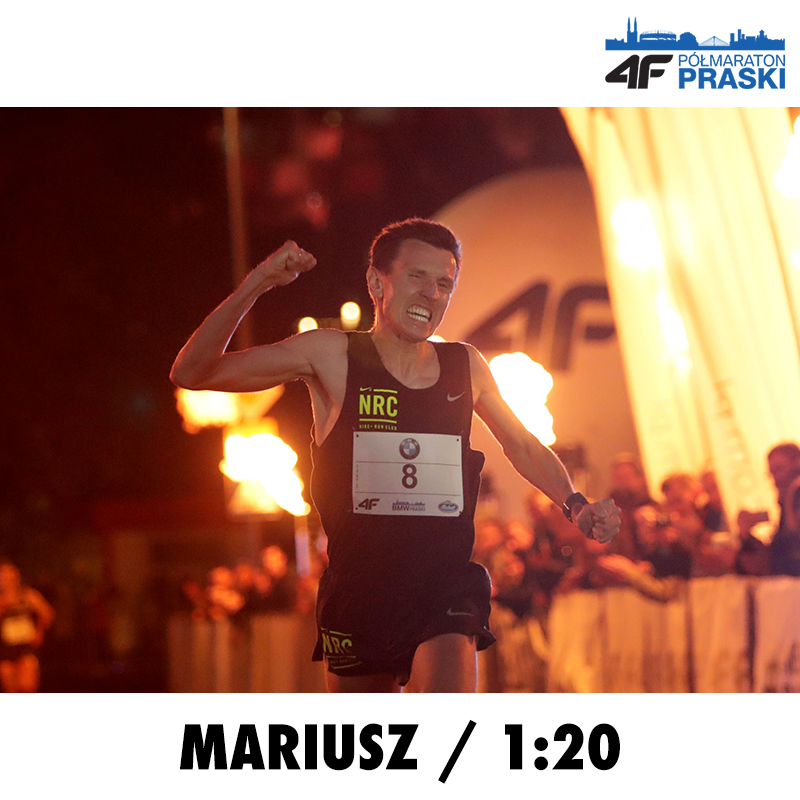 Mariusz Giżyński: I will lead you to your personal best

The current Marathon vice-champion of Poland Mariusz Giżyński will start in the 5th evening 4F Praski Half Marathon as …. Pacemaker. As Mariusz says – it`s time to thank the fans and runners for the suport that he receives from them. This time it is him who is going to support all those who want to break the time of 1:20 on September 1st in Warsaw.

Last year you finished third in the Praski Half Marathon, covering 21 km 97 m route at 1: 04.30. This year, instead of fighting for the triumph, you want to help others in breaking life records. Where did this decision come from?
I know the route of 4F Praski Half Marathon is fast and flat, you can run well on it, it’s easy to get PB here. However, I can not be tempted, because this season`s my number one goal is to start in the marathon, which will take place on August 12th during the European Athletics Championship in Berlin. The role of the pacemaker will allow me to take part in the 4F Praski Half Marathon in a different role than ustal.
I used to lead runners on a treadmill, but not in such a big street race. And such a role is a chance to thank the fans. Because I’m usually supported by people who run well, watch my blog, cheer when I start somewhere. This time I will try to thank them and motivate them on the route especially to make sure tha the other half of the distance will be covered in the planned time.

What are your expectations for the start in the European Championships in Berlin?
The Marathon is an unpredictable distance, but the prognosis is good. My health is good, my trainings are on schedule, and currently I have the hardest time in terms of training (I stay at the camp in Szklarska Poręba until August). We have a strong team of long-distance runners, so I’m even tempted to say that as a team we have a chance for a medal.

Mariusz Giżyński (born on June 26, 1981) – Polish athlete, long-distance runner. Polish champion in half-marathon and cross-country races, twelfth participant of the European Championships (2010) in the marathon run. The full list of Mariusz’s achievements is available at: http://mariuszgizynski.pl/index.php/biografia/osiagniecia/