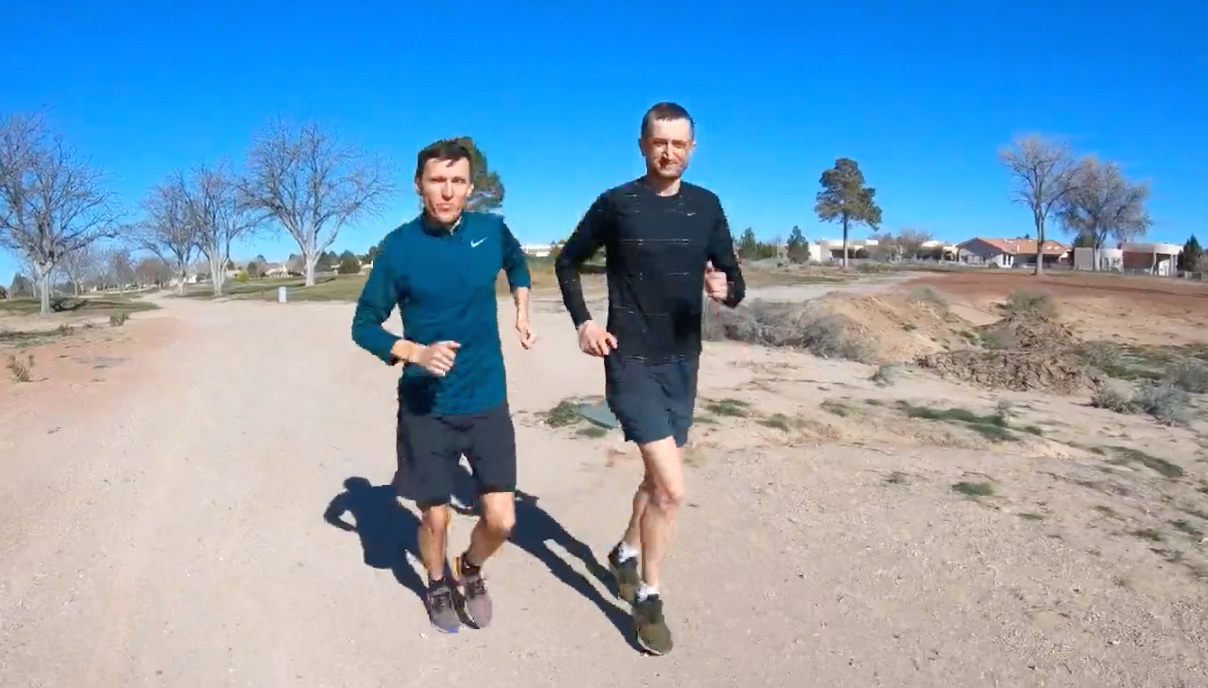 Polish record holder in the marathon, Henryk Szost, and also the multiple medalist of the national championships in the half marathon, Mariusz Giżyński, encourage to compete in our event. Here is the video recorded by the long-distance players while they were training in Albuquerque.

Szost and Giżyński suggest why it is a good idea to use the promotional offer prepared by Enervit at the registration stage for the Night 4F Praski Half Marathon. The multiple champions recommend personally-tested products. More information about the above-mentioned energy gels, which can be purchased at the registration stage, can be found at HERE.

The Polish elite is well-acquainted with our event. In the latest edition, Henryk Szost won the 4F Praska Five – a five-kilometre-run accompanying the half marathon, although he reached the finishing line together with another specialist in long runs, Artur Kozłowski, who had competed in the Olympic Games in Rio before. For both of the competitors, a short-distance run was part of recovering their strength after the European championships in Berlin.

In the latest 4F Praski Half Marathon, Mariusz Giżyński competed as a… pacemaker. The champion of Poland in half marathon and cross country running, the holder of the twelfth position in the European marathon championships (2010), wanted to use this opportunity to thank the supporters and runners for the support usually received by himself. This time, he supported all those who wanted to break the record of 1:20 on 1st September, 2018.

This year, things will not be different, and you can count on the support of domestic professionals, on the start line, en route, or on the finishing line!