4. BMW Praski Half Marathon – Chabowski’s triumph in the evening edition of the run 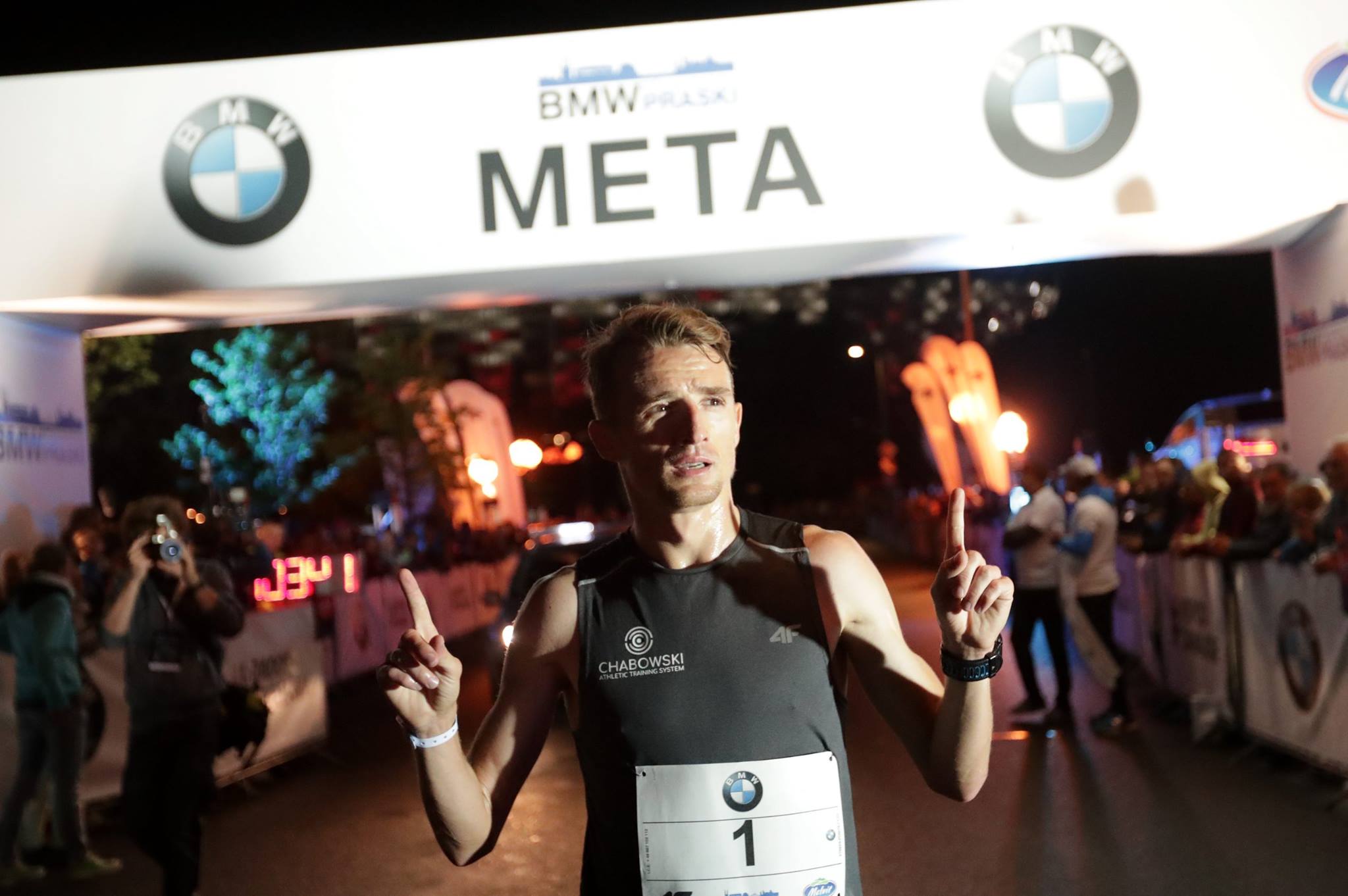 4. BMW Praski Half Marathon – Chabowski’s triumph in the evening edition of the run

Record attendance, over 10 thousand runners, hundreds of personal bests, thousands of photos and countless smiles. There was, however, only one winner – Marcin Chabowski was the fastest to cover the 21.097 km route of the 4th BMW Praski Half Marathon and triumphed with a 01:03.32 result. Dominika Stelmach was the fastest among women – 01:15.17.

After the first three hot editions, this time we have shown a completely new version of running on the right bank of the Vistula river – this time at dusk, in crisp air after rainfall, with an exceptional energy of a summer evening. Light, music, and a pre-start laser show – the might has surely affected everyone who set off on the half marathon route.

And the wheelchair athletes were the first to start. Mariusz Rygoł, who triumphed in this group, pointed out after finishing the race that the route was perfectly flat.
“I had to be cautious at the curves as it was still very wet after a rainy afternoon but in general it was a very pleasant race” – noted the IKS Smok representative who crossed the finish line with a 0:42.27 result, followed by Dariusz Gajko and Michał Żyliński.

From the start of the main run, the leading long-distance runners – the national marathon champion Artur Kozłowski, Mariusz Giżyński, and Adam Nowicki, as well as Marcin Chabowski who was led by the Kenyan Cosmas Mutuku Kyeva during a part of the route – set a good pace. The winner of the 2015 edition of the BMW half marathon ran as a sole leader from the 7th kilometre – until he reached the finish line.

The second place went to Kozłowski with a 01:04.18 result. As he pointed out, “the event exceeded all expectations”.
“Great organisation, marathon weather, running after dusk which I particularly like, and a finish with torches to give everyone a boost. Until the 17th kilometre we ran in a group with Mariusz Giżyński and Adam Nowicki, thanks to which even the wind wasn’t so tiring” – he said.

Giżyński finished third. Among women, the marathon champion of Poland, Monika Stefanowicz, was second after Stelmach (result: 01:19.41), while the third place went to Paulina Lipska-Mazurek (01:20.41).

Robert Korzeniowski, the four-time Olympic gold winner in racewalking was among the participants of the illuminated procession (the half marathon participants had illuminated bands provided by Planet Plus). One of the most successful athletes in the history of Poland finished 44th in the overall standing (01:19.13) mentioning that since he was running after dusk, he would have “bought any result unseen”.
“The day before yesterday, I returned from Uganda where I trained by jogging through villages among banana trees. Today the run was fast but I’ll remember high-fiving the supporters more than the result. I was moved by how many people cheered us on along the route” – he said.

The atmosphere of an evening competition and applause from the audience was motivating for Adam Korol, the Olympic champion in rowing, as well. “I had to stop myself from pushing to the max and going overboard” – mentioned the former Minister of Sport, who placed 268th with a 01:27.15 result, at the finish line.

7385 people took part in the BMW Praski Half Marathon. After them, the 4F Praska Five participants set off. Among 2795 runners who took part in the latter event, the Polish 3000 m run indoor record holder Łukasz Parszczyński was the fastest. The KS Podlasie Białystok representative achieved a 15.18 result. The second place went to Mateusz Kaczor (15.32), and the third to Damian Walczak (15.35). Kinga Reda (WAT Warszawa) turned out to be the fastest among women with a 18.40 result. Magdalena Wierzbicka was the second woman at the finish line (18.53), while Katarzyna Gorlo was third (19.05).

The actress Karolina Gorczyca, was among the many satisfied with their performance. “A nice shorter distance, a great route, crowned with my personal best. Running in the evening is favourable to me, in particular if we run through the area where I live and train” – said the actress known from the comedy “Miłość na wybiegu”, the horror “Pora mroku”, and the series “Czas honoru”.

The legends of Polish marathon took part in the five-kilometre run as well. Among them was Jan Huruk, who finished 71st with a 19.03 result, and the only Polish world champion at this distance (from Tokyo 1991), Wanda Panfil (result: 20.13). 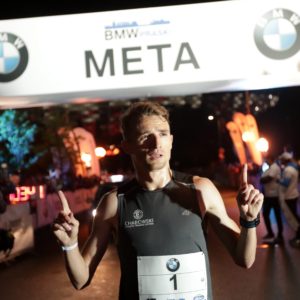