MUSICAL SOUND OF THE 6. 4F PRASKI HALF MARATHON 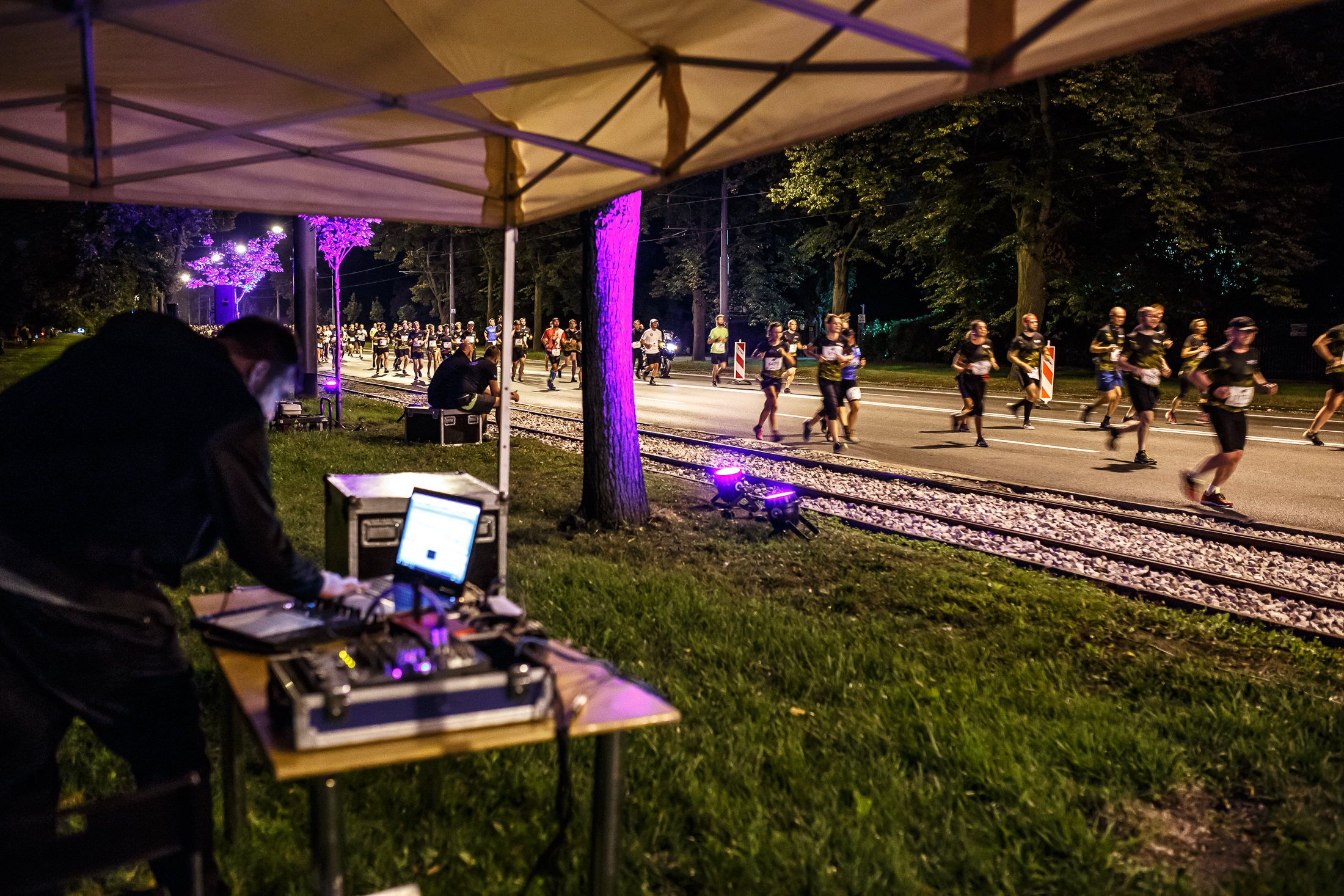 MUSICAL SOUND OF THE 6. 4F PRASKI HALF MARATHON

During this year’s edition of the 4F Praski Half Marathon, the runners will be accompanied by both music and dance. We encourage you to familiarize yourself with the musical preview of our race.

Even before the start, dancers from the Swing Avenue Dance School will perform on the stage in the running town. Swing Avenue is a time vehicle that connects Warsaw to New York’s Lenox Avenue of the 30s – a melting pot of Afro-American, Latin, Caribbean and Spanish cultures, the center of bustling with dance and jazz music Harlem. Swing Avenue is the joy of dance, and a unique opportunity to embark on an adventure through the world of dance improvisation to the rhythm of energizing swing with another person.

And the route of the 4F Praski Half Marathon will be very rhythmic: there will be points with DJs, music bands, and drummers.

On the route there will be four points with DJs:

iRobot – POP station
iRobot i.e. Igor Fleiszer. DJ, producer, remixer. On stage for over 16 years. He regularly performs in the best clubs and festivals.  Together with Bert, he creates Last Robots. His second production project is PIONA, and the song “Lawina” recorded under this banner can be heard in radio stations all over Poland.

Bert – CLUB station
Bert is a real veteran of the club scene. An enthusiast of good music which he tests out every weekend in leading clubs and during festivals. Co-creates projects Last Robots and Holiday 80. He is also a music journalist, he hosts the audition “Kluboteka” at the Polish Radio Czwórka.

Rawski – a DJ, producer and music journalist from Warsaw. Half of the PIONA duo. Author of, among others, series of compilations “Arrivals & Departures”. For many years, he has been hosting the program “Niedzielna Sesja” on Radio Czwórka.

DJ Pro – ROCK station
DJ Pro has been involved in the music industry since the 90s He started his adventure as a DJ in his hometown of Olsztyn. He has performed with numerous foreign artists. He also produced remixes for artists such as Sistars and Reni Jusis.

The hearty cheers will be supported by drummers from the Strefa Rytmu – the most popular African drums school in Warsaw, run for years in Warsaw’s Praga by Kuba Pogorzelski. This time, there will three teams of drummers:

Strefa Rytmu Run Lovers – it’s a group of people who love to play for the runners of the Praski Half Marathon. They have been with us many times before, and the drumming during the race is their favourite form of public performance. Mutual exchange of energy between athletes and musicians is an unforgettable and beloved experience for them. They are impatiently waiting for each edition of the Praski Half Marathon, and this time as well they can hardly wait for our evening meeting.

Strefa Rytmu All Stars – they are the oldest and most experienced drummers of the school of drumming. They love the power and energy of African djembe drums, and they have been playing with unflagging joy and energy for years, which they are happy to share with others. This year’s stay in the capital of Guinea – Conakry – has given them new strength and inspiration. All of which you will be able to hear during the Praski Half Marathon.

Kuba Pogorzelski & o – this is the group that Kuba will lead in person. For our race, they will prepare new arrangements of the most lively and dance-like West African rhythms. Rhythms that take control of and prod legs to dance and to run just as strongly, regardless of the continent.

The runners of the half marathon will also be accompanied by music bands:

WATERSIDE (rock) – The team was formed in April 2017 in Białystok. They write melodies and lyrics of their own songs in rock-adjacent climate. They played dozens of club and outdoor concerts in north-eastern Poland, got to the semi-finale of Rockings 2017 and 2019, participated in the Blues-Rock Festival in Siemiatycze and Łomża where they received a distinction, participated in the WOŚP finale in Łomża, played during the Motoserce action in Bialystok, supported among others CLEO, shared the scene with Oddział Zamknięty and Luxtorpeda. In December 2018, they released a live album with six songs. The title track of the album, “Nothing to lose”, has been holding one of top places of the Charts of Iconic Hits of Akadera, Białystok’s radio, for the eighth consecutive month, and recently it has even reached the first place – five times!

TABULARASA (hard rock) – Four guys with a musical baggage of experiences, which they one day left on the platform to get together on the train and have been going forward in the rhythm of hard rock ever since. They have a slate in their hands. A clean slate. TabulaRasa!

The band includes: Marcin “Brygi” Brieger – vocals, guitars. A virtuoso of his own abilities, which must be considered through the prism of artistry of a careless category. He loves animals and rivers more than people. Michał “Mici” Cierlica – guitars. A husband, a father, and an eternal student of music. Fan of fitness, good pizza and cold beer. Collector of bones and a pedant of sound with one principle: loud is better. Ireneusz “Iras” Musik – bass guitar. A bearded man who loves kraft beer and black clothing. He enjoys walking and cycling trips. Piotr “Smoku” Dragon – percussion. An explorer of self and reality. An admirer of truth in art and everyday life.

rapper Karat NM (Paweł M) – Karat NM is a rapper performing songs that promote positive values such as patriotism, sport, faith, and family. He usually plays in the company of violinist Krzysztof Pietkiewicz and his hypeman BZYK OPS.

These are not all of musical attractions! At Gocław, expect also an explosion of sound from the supporter’s point located at club Explosionon Wał Miedzeszyński.

Energy on the last kilometers will be provided by the zone of the Red Bull brand, which will be erected on the Wybrzeże Szczecińskie, by the Poniatowski bridge.

With cheering like that, your legs will easily reach the finishing line! And there the finishers will be welcomed with musical hits, served in cooperation with Radio ZET!